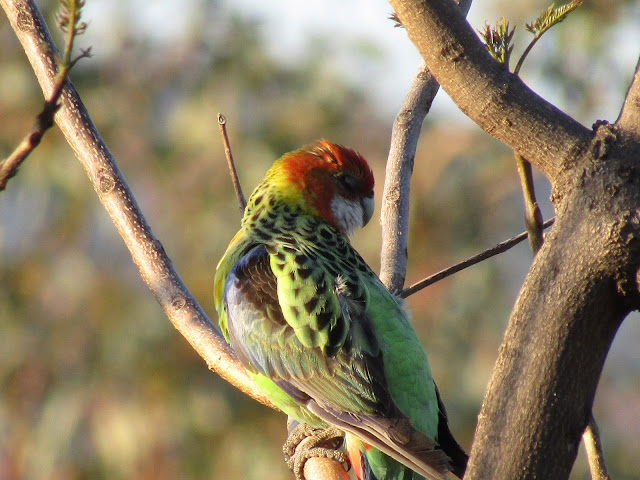 I thought there was something wrong with the bird. With its eyes closed and tail bent underneath it could have been sick.  Parrot tails always extend straight out in line with the body; this one was different.


Wobbling on a branch, looking about scared, the Rosella was panting. Chest quickly heaving in and out, it was nervous. Then I realised I’d just witnessed a maiden voyage; the hardest thing any bird will ever do. 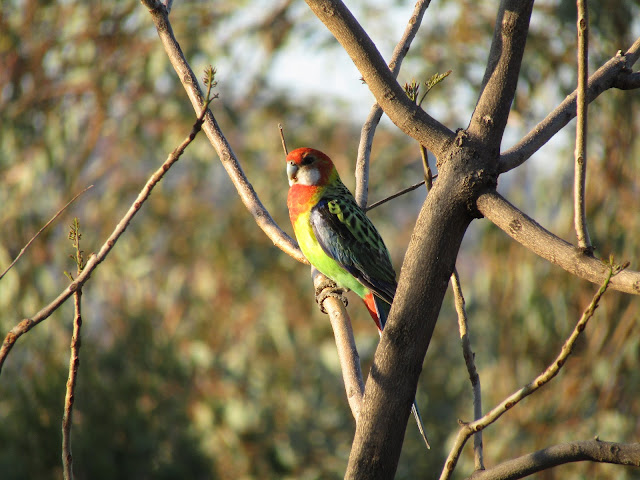 There were seven Eastern Rosellas on the branches moments before, the brightest adults at the top of the tree. Six flew off in a flurry of greenish feathers as I turned the camera around. 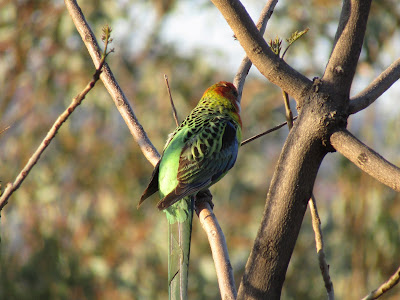 The fledgling wasn’t comfortable being left alone, away from parents and nest-mates for the first time. 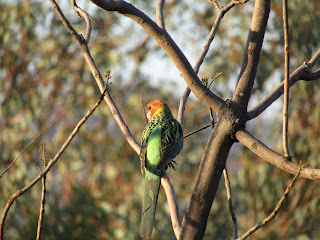 First flights are special, the equivalent of a toddler attempting to compete in a marathon. The expenditure of energy is enormous after staying nest bound for weeks. 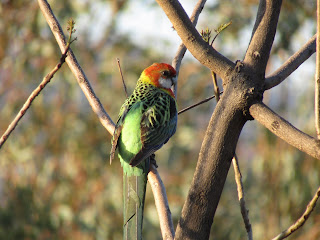 The babe looked around with anxious eyes. So much paler, young Eastern Rosellas take more than a year to develop their bright feathers, moulting slowly into vibrancy. 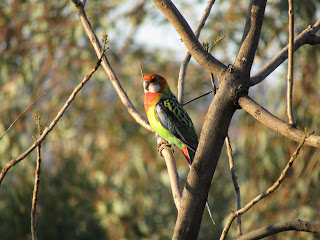 This darling bird probably hatched six weeks ago. Maybe it had only hopped from branch to branch or exercised its wings in flight training short distances before.

Skewed from spending so long in the nest, the crushed tail hadn’t had time to straighten out yet. 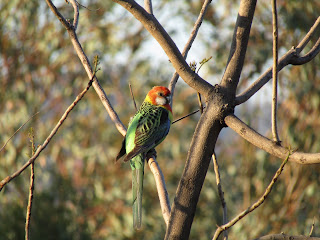 Father bird flies back, setting down alongside in a  nearby gum tree.

Looking down on his new little one, he seems to supply encouragement. 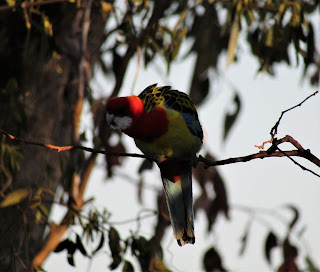 ‘C’mon little Rosie, you did it before, you can do it again; fly sweetheart.’
The branch moves slightly, there’s a split-second pause and they’re off. The juvenile doesn’t have the same sleek ‘flap-flap-glide’ flight style as the parent. It flaps erratically at the wrong angle in the sky. Tail down it has to work hard to keep up. The brightly feathered father soars past, flying just behind his babe, flanking his chick until it’s more confident.
Today I saw a couple of Rosellas drinking at the bath together. 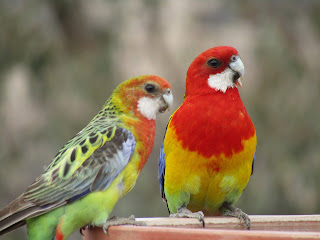 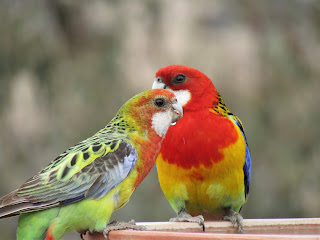 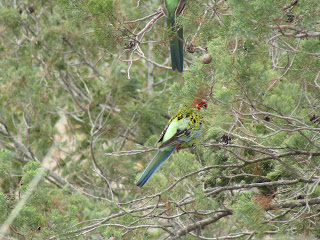 While I was eating my breakfast, some members of the Eastern Rosella family were having their own. Hiding in Cypress Pines, they peeked out at me now and then. 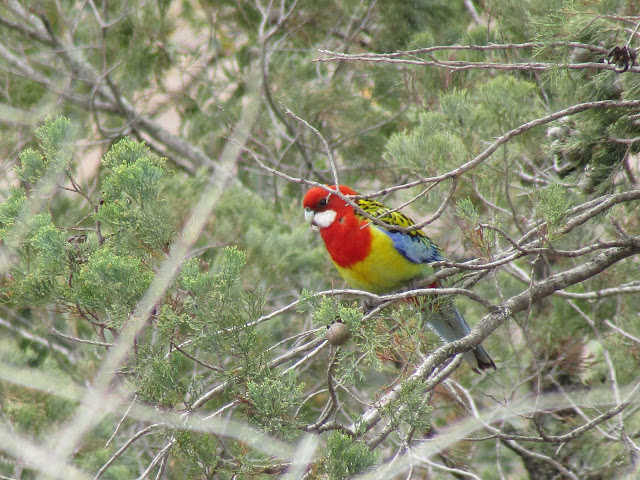 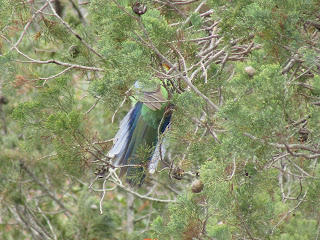 Not that everything is perfect yet.
One baby Rosie had trouble navigating those long wings in amongst the pine needles. They are still finding themselves, and getting their feathers in a tangle.

Little bird
little bird
straighten your tail
take to the skies and fly right
eat, drink and always be chirpy
grow into your own rainbow of feathers 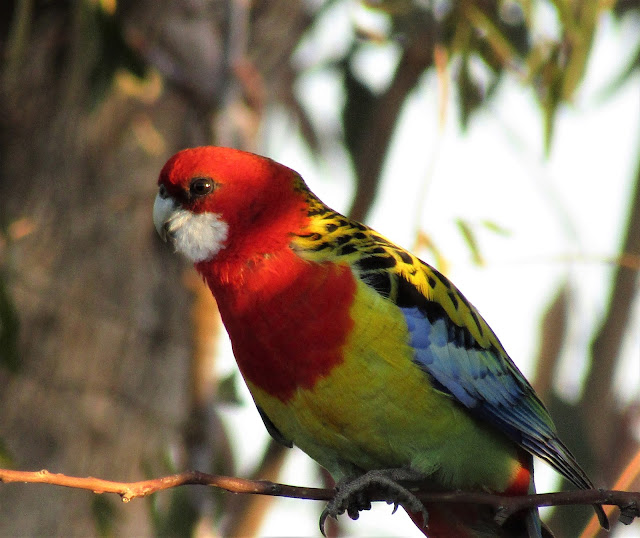 Posted by Therese Ralston at 12:39