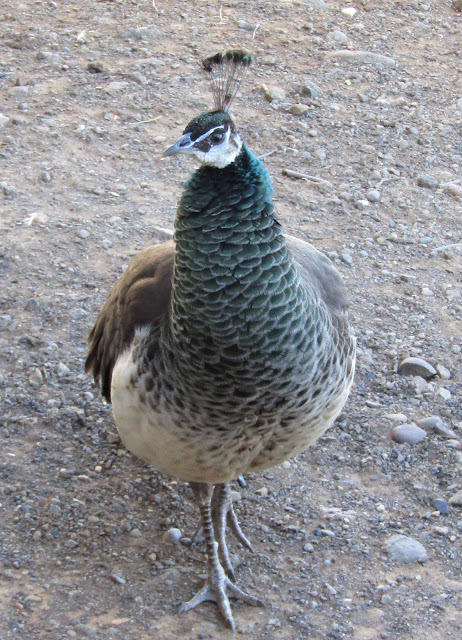 Poppy is a peahen that flew in one winter morning and decided to stay. The old girl follows me around the yard every day. She believes I produce food at will; I believe she’s lonely. 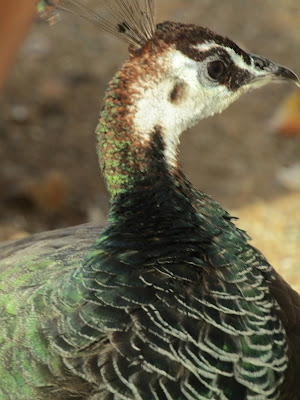 The peahen has laid over 30 unfertilised eggs, sitting for a month at a time over summer and starving herself for the idea of things that would never hatch.

The claw bitten by a goanna when she  protected her eggs healed, but she’s bored. Her only love is slipping meat, seed and veg down her gullet as often as possible.


That and having a good dust bath. Forming her body into funny shapes is about all she seems to live for. 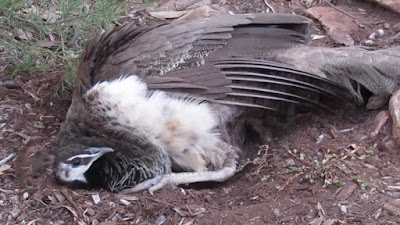 Poppy getting down and dirty. This dirt bath baby almost took out the new native shrub I had just planted beside her. 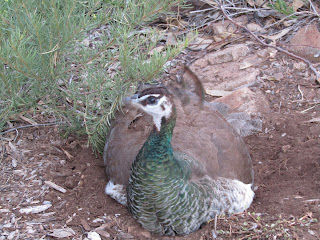 Poppy giving me that look when I moved her away from the garden she had just scratched up.

She also did a fair bit of broody clucking as if to admonish me for interrupting her feather self-care routine. 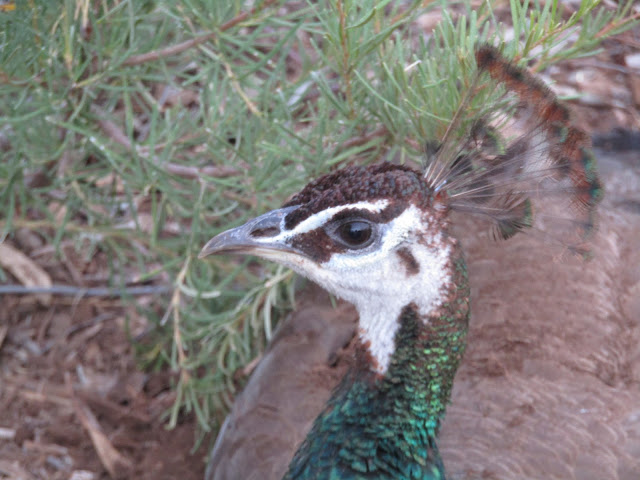 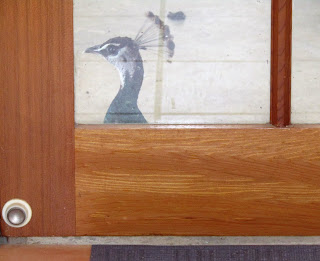 Poppy looks through the glass back door, waiting for me to come outside with more nibbles. She sits on a doormat printed with sunflowers and makes her presence felt. 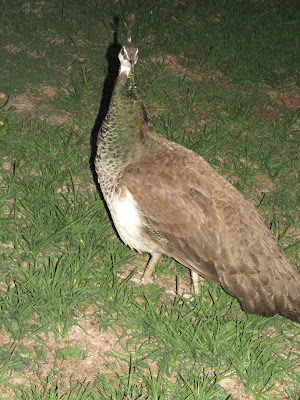 A poop machine, she plops so much more than when she first flew in.
Back when she hadn’t squeezed eggs out her all-in-one all-purpose-unit: the cloaca.

Seeing Poppy mope made me blue;
India Blue to be specific. 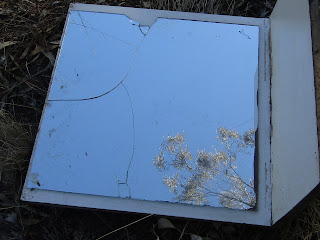 I bought a big mirror on a wooden stand from a hospital sale. I’d gone to buy old metal cool rooms but missed out. Heavy, stable and solid, I’d give it to the peahen to stop her feeling lonely.
Handing over the money, I asked what in the world it was used for.

‘That’s our maternity mirror. When mums went through a long labour and became too exhausted to push, we put the mirror up to show them their babies head crowning.’
I swallowed, ‘Did it work?’
‘Absolutely, once a mum saw that they got a second wind; most of them gave birth a minute later.’ 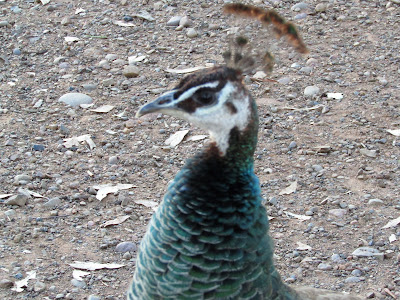 At first, Poppy was curious about her maternity mirror. I figured it would be lucky given she was keen to become a mum even without a male around. She liked it, bobbing her head down constantly to see if that ‘other’ peahen was still there. Days later she hated it, pecking at the glass hard enough to break it. 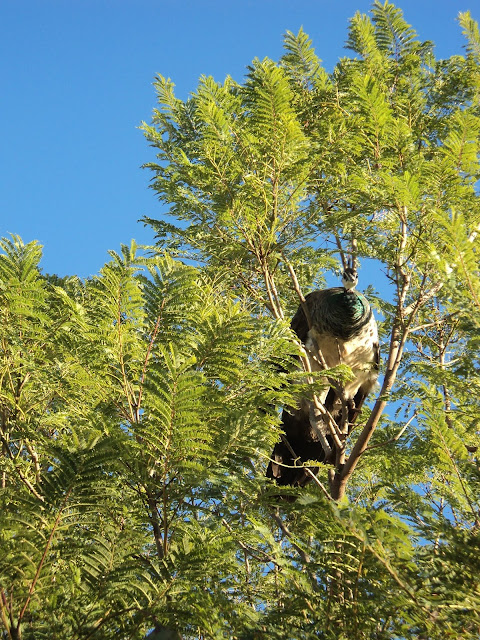 The mirror went to the bottom of the back yard and I simply forgot about it. Poppy went to her roost still a lonely old peahen, but a far less anxious one. 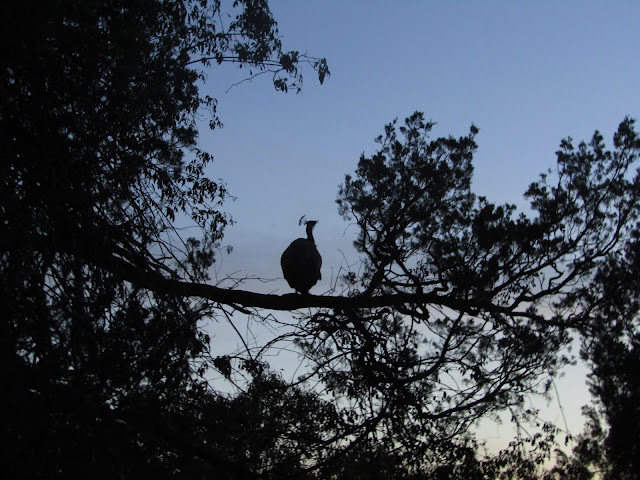 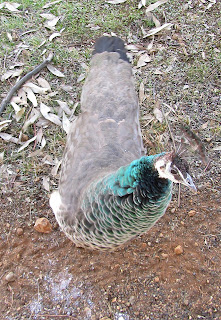 Fast forward a month, our daughter phones from the university. She says she needs a quick daddy-daughter conversation.
Twigging she might be buying a peacock, I just say NO.
We’re not ready when we still have a back-door problem with Poppy’s back-door.

One Friday night our daughter arrives home. I go out to greet her when my husband runs past me. He helps lift a cardboard packing box out of the car.


It isn’t big enough to house all of an India Blue Peacock,
especially one with a magnificent two and a half metre long tail. 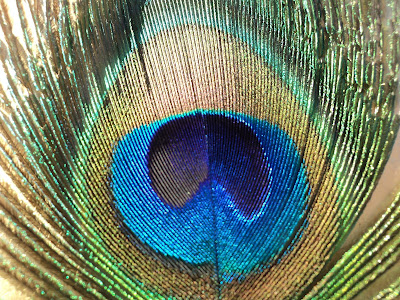 Poppy isn’t going to be lonely any more.

Posted by Therese Ralston at 20:26