Last October, we had a family lunch in the city. I hadn’t watered the garden before we left and it had been a scorcher. Jetting the hose onto seedlings at the base of a gum, I heard a whole lot of squawking going on.

Silvereye chicks were flapping, jumping between a spiders web of thin branches. Too hot, too tired, I hadn’t noticed I’d sprayed the little beggars.
Five fledglings flew; well, at least they tried to.

After growing one whole cm of tail, they were airborne for all of 2 feet. Plummeting quickly, the babes fell into the bushes or went splat on the ground. Two are sideways, hanging onto leaf ends with mini claws. Their silver lined eyes dart in terror. 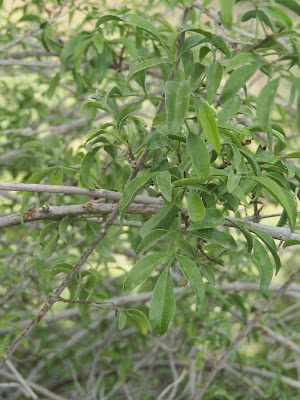 I’d put the hose into the mass of Wonga Vine. It’s a pretty native with a spring showing of creamy bells and the plant had no flowers yet.

Those silveries weren’t ready for the runway, let alone take off. Still more butt fluff than feathers, their parents must have been giving them flight training lessons. 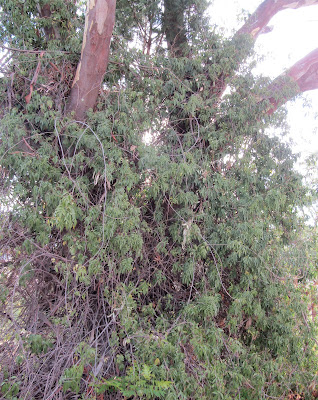 That was before I doused them.
A fan of feathers pass my cheek.
I’m dive-bombed; it’s a head-on attack.
I’m feeling the wind beneath those wings.
The breeze whispers vengeance.
Those silver-rimmed eyes glint like cold steel.
‘Sorry,’ I yell as they chirp out admonishment; assaulting my scalp, my face, my eyes in particular.
I’ve dropped the faucet, which snakes like a hose with a mind of its own, even dousing my good clothes. These birds hate me, and, they keep coming.
Stepping back, I hear the olive chicks make soft chirrup sounds as they beat their half-formed wings.
They’re crying for help, in a flap and it’s all my fault again.
One of the parents flies in my face. There’s a scratch to my cheek.
It’s natural they want to rip me to shreds; I’ve threatened their bubbas. 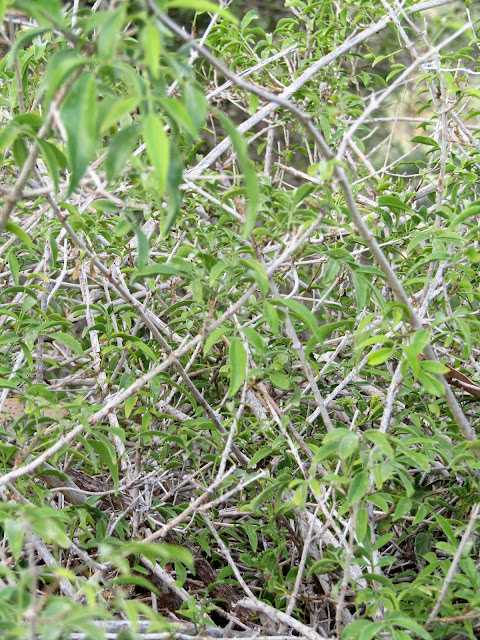 Momma and Poppa Silvereye have probably been starving themselves for the nestlings, the ones now quivering on the end of sticks. Plus, that crazy snake hose is drenching me, ruining my best leather heels.
Running to cover, I spy the silveries from a distance. None hurt, they’re shaking baby wings with nervous excitement. It is cute but could have been catastrophic.The fledglings flap ecstatically as mom and pop hop beside them. Those on the ground follow skip up the branches as they follow the adults into an inner sanctum of Wonga Vine crisscrossing itself.
For a moment, there is more tweeting than on anyone’s Twitter feed.
It’s lovely really, despite my war wound the Silvereyes are forgiven.
I’ll be more careful next time I water my pot plant nursery in the shade. 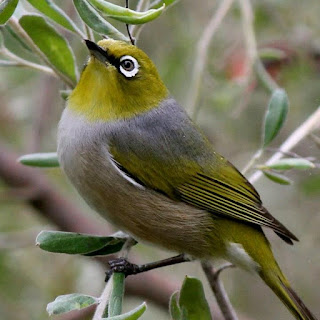 Posted by Therese Ralston at 12:57