It was a striker with a rump as red as a fire engine. A Diamond Firetail Finch had splattered against the window. Floppy in my hand, the weight of it barely registered.

I tried reviving it in the birdbath. A splash of water on the breast often works, but the little blob was too out of it. His head couldn’t stay clear of the water. I’d barely got it to drink when I saw his white diamonds and brought it in. 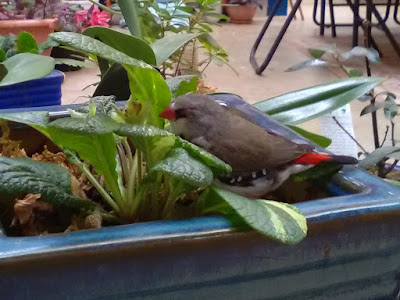 ‘Oh, sweetheart, please don’t die.’
Fading fast, I wanted to capture an image of the bright tail before its heart gave out. Placing the bird in a pot plant, I snapped pictures on my tablet. The bird’s eyes opened but stayed dull; it was waking.
Grabbing a cushion to squiggle closer, the Firetail blinked. Too close, it jumped, flying away under the glass roof. Perching on a high window rim, it chirped as if swearing. 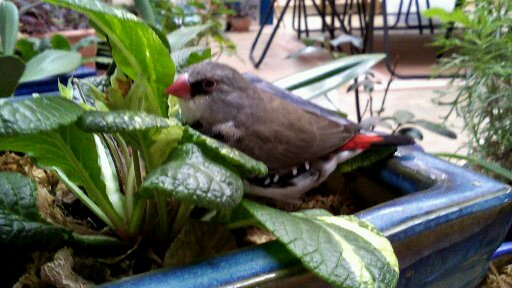 He must have wondered how he fell into a parallel world. A world with greenery in blue ceramic pots, of inside trees and a lady pointing a screen in his face.
The bird could see the sky, but could not get to it. Twelve feet up, the finch’s belly pumped in and out. Every time he flew you could see a flash of scarlet feathers. It was both beautiful and sad. 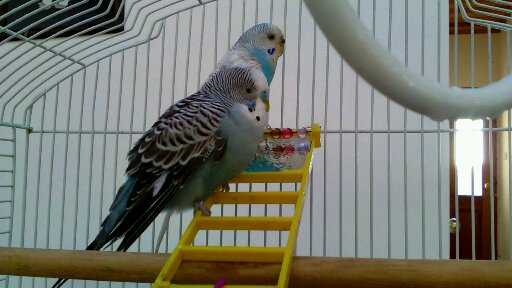 Once they heard its swear chirps, my pet budgies tried to get a response with their own chitter-chatter. Occasionally, there would be a short tweet, or clipped curse back. I grabbed a tea towel, then a tablecloth to wave about, trying to bring the bird down. Nothing worked; the diamond finch sat on the high ledge for an hour, occasionally trying to fly through the double glazing. 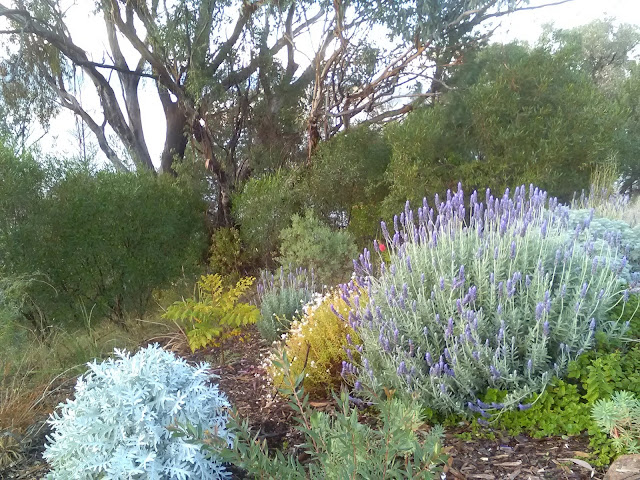 Whacking itself distressed the Firetail. Not wanting to see any more window strikes, I left it alone to give it recovery time.

Out in the garden I felt sick with guilt. Almost killing the finch instead of saving it, everything had backfired.
When my husband came home for lunch, I told him we had a visitor who made the Budgerigars look like giants.
‘It’s a Diamond Firetail Finch; isn’t he beautiful?’
Husband slid open the high windows I can’t reach. The finch made 3 laps of the house before it was out.

There was a 10-minute coma and 2 heart attacks, but it finally escaped the glass ceiling. A pom-pom with a beak and a red tail, that birdie had boundless energy. I kiss my husband’s cheek.

‘You could have opened the top windows,’ he said.
‘The ladder wobbles; I didn’t want to break anything trying to save the Firetail.’

He looks at me and smiles. I’ve had a broken knee, broken ankle and broken toes in 3 separate accidents in the last 4 years. Clumsy, my good intentions backfire. I know and he knows I know he’s remembering the time I took half the skin off my back trying to save a nest full of hatchlings.

But that’s a story for another blog.

Posted by Therese Ralston at 17:08