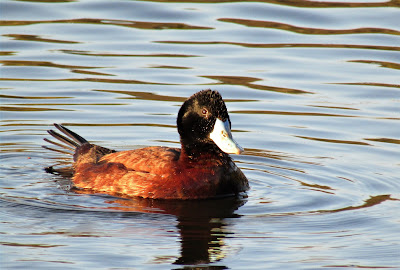 The absolute need to replace ourselves is scratched deep into the DNA of every living creature. But few birds have such an awesome courtship display as the Blue-billed Duck.

I went to the bird-hide at an old water dam a five-minute drive from my house and thought the duck was drowning. 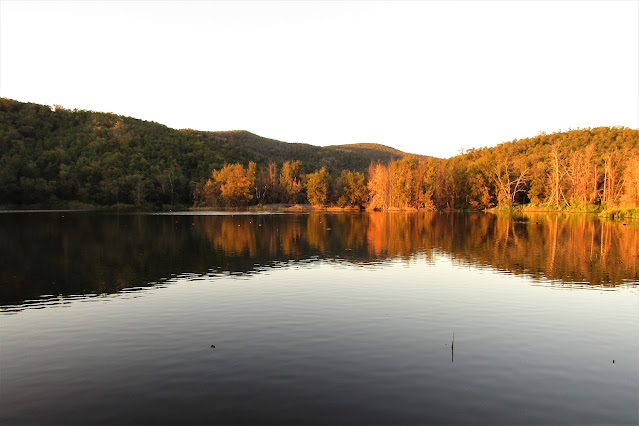 Ducks don’t drown, they’re right at home in the water. I couldn’t figure out what was happening with all the splashing, crashing and flailing. The male went down low and  seemed to hump the water. 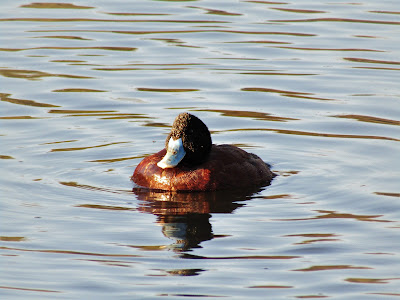 The duck’s neck had been replaced by an inflatable chestnut colored tyre. And fair enough, the courtship display of the Blue-billed Duck is rarely seen or recorded. It seemed the duck had gone a bit Lady Gaga in the silly-mating-season. 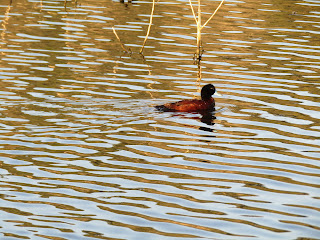 The male duck rocked like a rocking horse, making a low drumming noise that sounded like a thunk, thunk, thunk. It also kicked out with both feet and went backwards in the water. The best bit was the duck springing up on stiff tail feathers and standing upright on the water.

The male duck’s bill only turns blue in breeding season from spring to early summer. Hopelessly clumsy on land, these diving ducks can submerge completely. 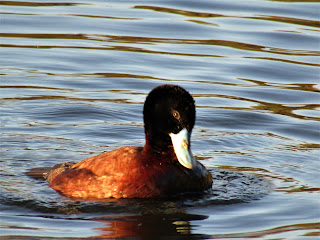 Blue-bills can stay underwater for 30 seconds, swimming along as far as 50 metres below the surface. When a breeding pair mate it often takes place underwater. No wonder I didn’t see the pair get it on. 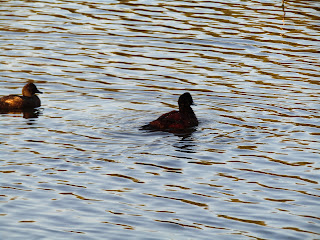 With flailing wings, inflatable neck skin and erectile tail feathers fanned out, the Blue-billed Duck was something else. 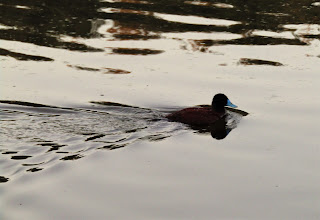 While he made wave trains in his wake and rings of bright water all around, the female Blue-bill pretended not to notice his performance. 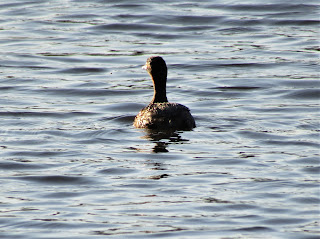 Persistent, he waded past, circling, diving and reemerging beside her. 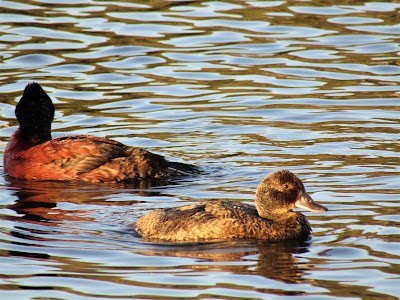 The blue bill was dipped into the water, it sank and bobbed up again as it pivoted, parading in a puffed-up kind of way. 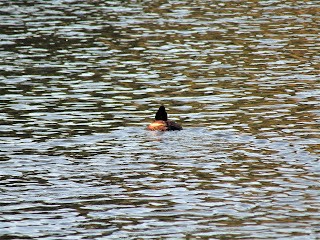 Later, when the male finally noticed me, he swam off…a little deflated. 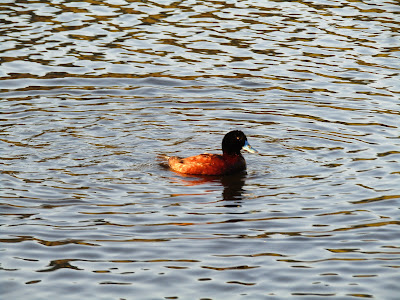 The female, who’d been feigning disinterest, swam directly behind him, completely beguiled  after a forty minute courtship display designed to snag her as a mate. She started chasing him down as the light faded. 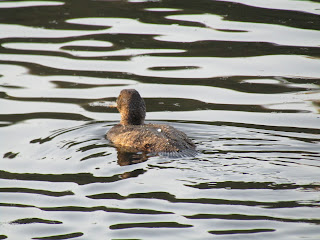 She couldn’t fail to be impressed; I was astounded and I’m a mammal. I stayed watching until sunset with the ducks in the gloom, when only the frogs and Coots could be heard. 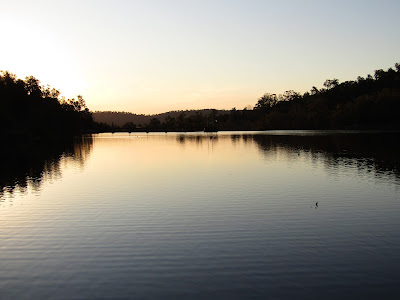 Of all the weird bird behavior I’ve seen, the Blue-Billed Duck was the funniest.

An uncommon spectacle from an uncommonly seen duck. 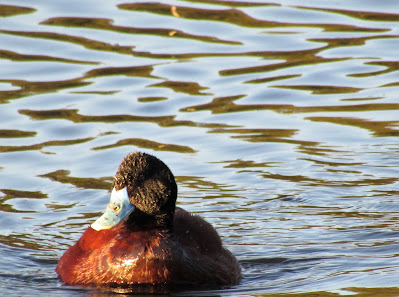 He made such a splash! 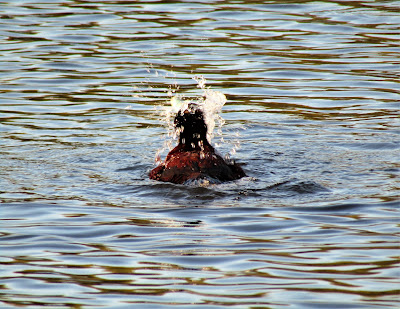 If the courtship display is the rarity my birding books say it is, then I know I’m a lucky duck for seeing it.

And, I’ll be visiting the small dam in a month hoping to see a bunch of itty-bitty Stiff-tails, Spinetails or Diving-ducks. 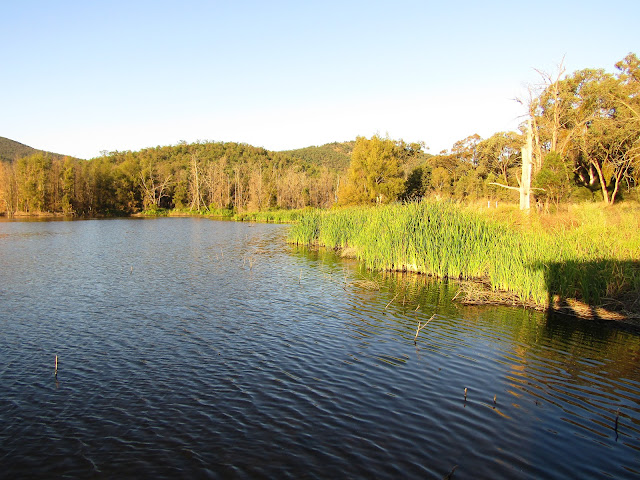 With the female able to lay up to 12 pale green eggs, I feel happy just thinking about it. 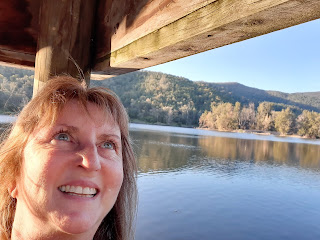 Posted by Therese Ralston at 17:58