73. Kings Hopping into the Hops 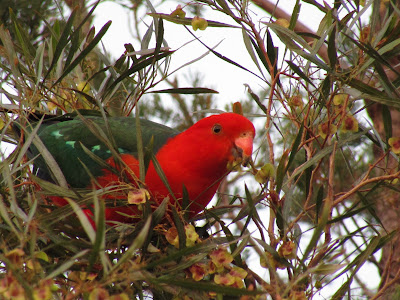 Today, 31st of May, is World Parrot Day. 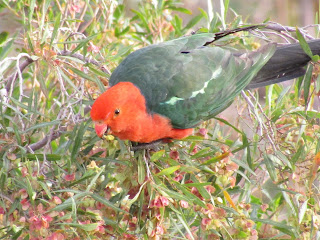 One of the birding highlights of the year comes each October when native Hop Bushes flower on the top of the mountain where I live. 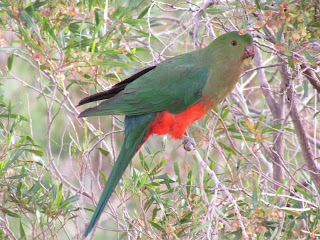 The blossoms or bracts are pale to dark yellow, light to deep pink and all combinations between. 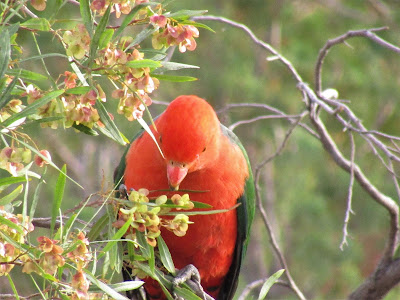 In the middle of our Australian spring, I pick bunches to bring inside. 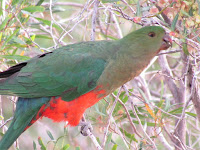 I try to do it before the Cockatoos and red male and greener female King Parrots arrive to pull it all apart. 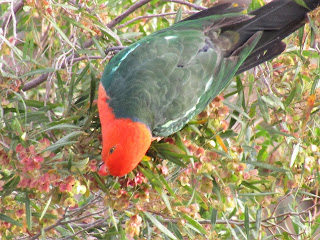 If I’m not quick enough, the Kings have finished gorging and there’s nothing left except a pretty carpet of petals so thick they form a mulch over the dirt of the garden. 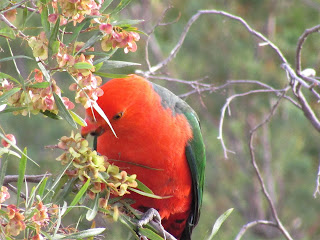 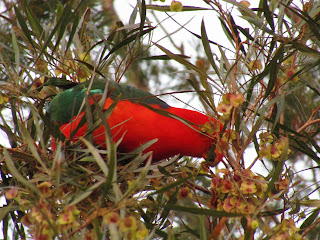 They are shy and try to hide from me and the camera.

But when they’re in the hops they don’t usually give a fig.

They chatter to each other between beak-fulls, having a great time. 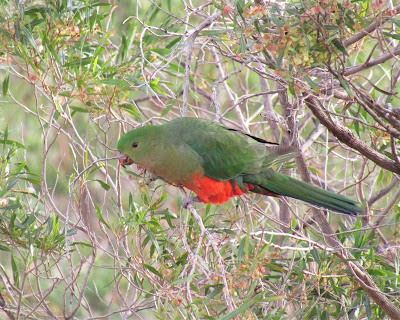 Most of the photos were snapped late in the afternoon. 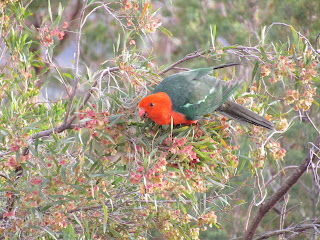 The light was low, but the King Parrots were bright enough to stand out in the dying sunlight. 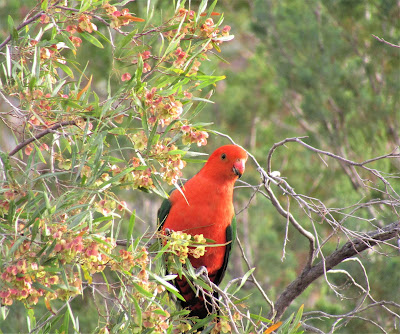 My favourite moment came after 6 when a lime green female King devoured seeds from inside the pink bracts. 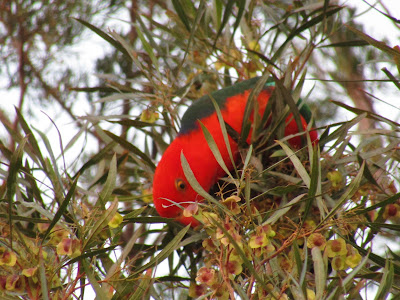 Winter starts tomorrow, but I can’t wait until next October to see this Royal Show again. 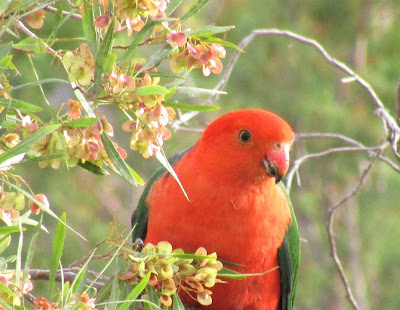