My family were counting on this.

They knew my heart would melt as soon as I saw it.

Our daughter told the blue bird’s back story:
‘Four years old, he’s fathered pea-chicks before; isn’t he pretty Mum?’
‘His back end looks crumpled.’
‘The feathers will straighten out again.’

‘Look at him, look at that tail Therese?’
‘I bought him from a vet. He’s been well looked after. The guy fed wild birds too. They roosted in an open shed, flying in and out all the time. He’s moving house and can’t take a peacock with him.’
‘At least he’s quiet; I’ve heard peacock shrieks can wake the dead.’
‘He’ll make gorgeous little pea-chicks with Poppy, won’t he mum?’
‘Hmm…’
‘He’s perfect.’
‘It won’t be perfect if he crows at dawn.’
Next morning it wasn’t the peacock honking his head off, it was Poppy. Continually circling his cage; her painted eyes had a new twinkle. 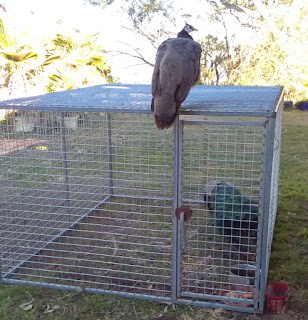 That afternoon, she sat on top, peering in. They made gooey, kohl-lined eyes at one another.

His feed bowl was pushed to the edge so he wouldn’t be frightened when I put it in. After gazing at him for hours, Poppy stole grain he’d barely touched from the other side of the mesh. Her first love was always food, but he didn’t seem to mind her thieving.

They might be a match made in bird heaven. 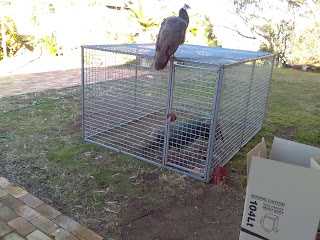 Next day, we let out what our daughter named Monsieur le Pom. 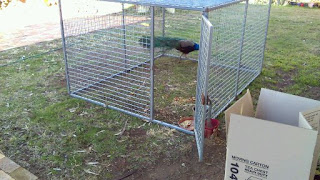 The Monsieur, which we can’t pronounce, follows Poppy around like a puppy. 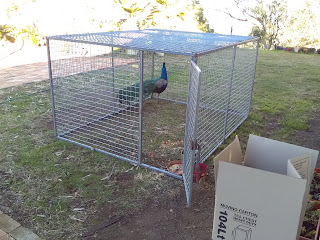 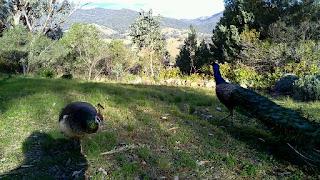 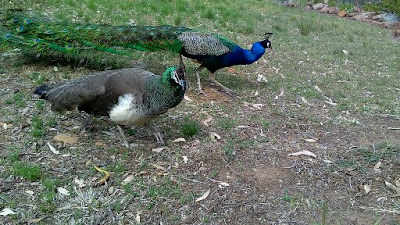 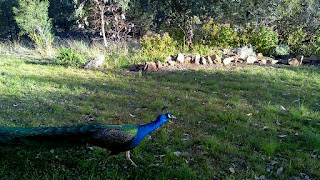 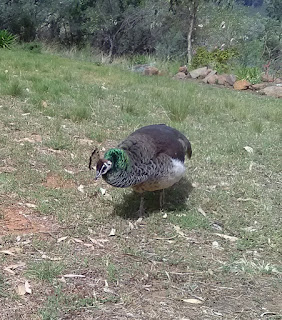 Poppy bows before him, we think she likes the cut of his feathers. 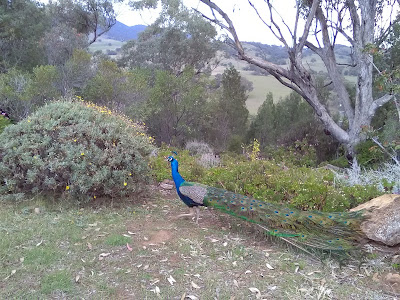 That tail has straightened out, the new bird is long and lovely. 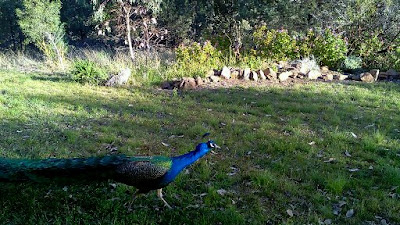 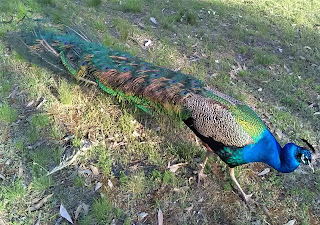 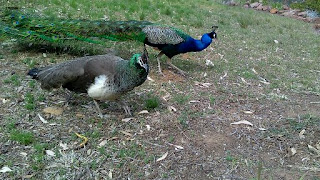 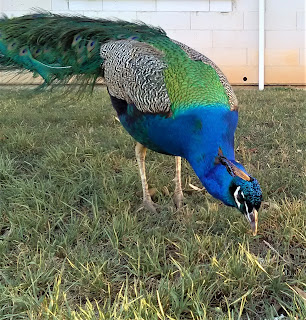 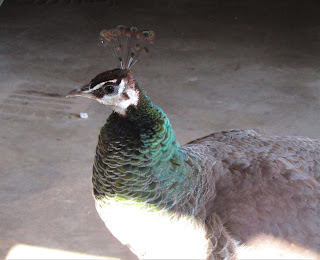 On Wednesday, Monsieur was ushered to Poppy’s regular waiting-for-food place. 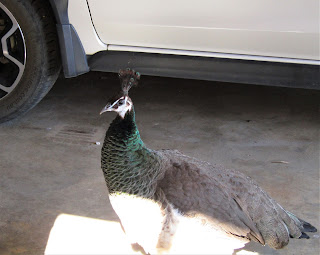 And, the following Friday they were both despoiling the back doorstep.


I was so cross about it, I changed the peacock’s name. 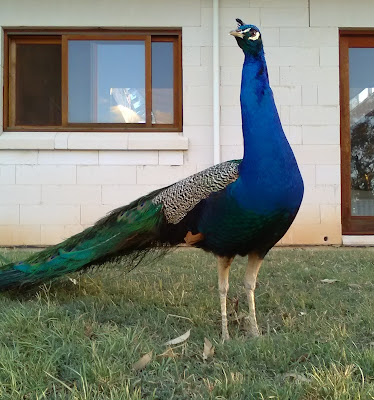 Posted by Therese Ralston at 21:59