In 2015, Poppy our Peahen ran away. We didn’t see her for a month. They were weeks of worrying I’d spooked her off. It was because she’d sat on the back door mat making squidgy do-do and I ended up sitting in it. 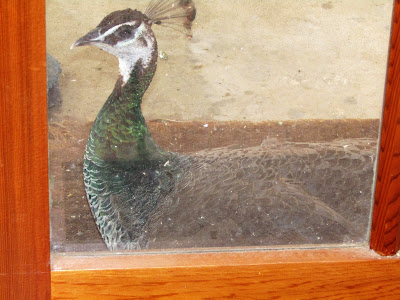 Carrying wet washing out the back door to hang on the clothesline, both my hands were full. With no time to slip on Crocs, I slipped on a fresh one and went for a slide. 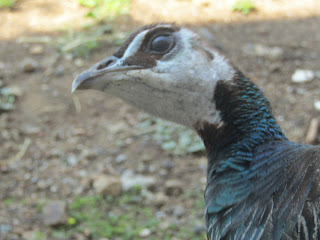 Plops were one thing; dropping clean, white sheets and towels were another. The 3rd thing was the sore arse I had after falling on my coccyx. Knowing I’d have to shower AND change AND redo the washing were the 4th, 5th and 6th reasons.
None of the above filled me with joy and Poppy was about to discover this.
Broom in hand, I screeched like a banshee, sweeping her into the back garden. Cruelty to dumb animals, I know; but this was a shit storm caused by a shit storm. I felt guilty as soon as she left; her honks echoed down the cliff for 10 minutes. 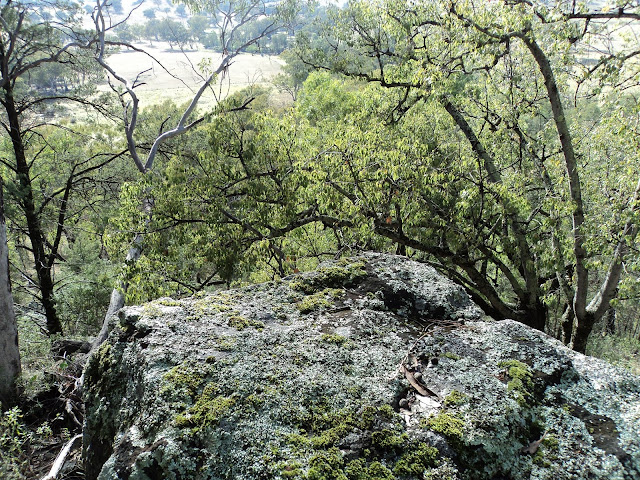 While we looked for her, somewhere on the farm she must have been egg sitting. Broody peahens camouflage beautifully, staying motionless for hours. I thought she might have died.
Then, 27 days after the crappy-broom-gate-incident, I heard her mad honks again. Limping up our driveway, she had been attacked. 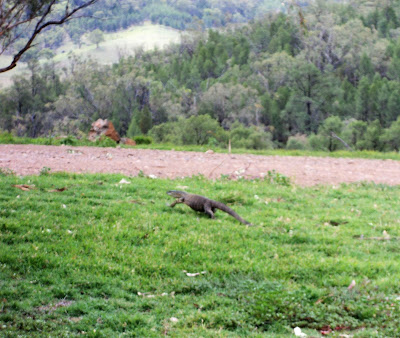 A fox or a goanna must have got to her to get to her eggs. Mangled and chewed, the back of her right claw was an open wound. Poppy must have put up a fight, then almost been killed.

A limping bird, especially one who hasn’t eaten much in a month, is a sad sight. I fretted the wound would become infected and she might die. We were happy to have her haling at home. 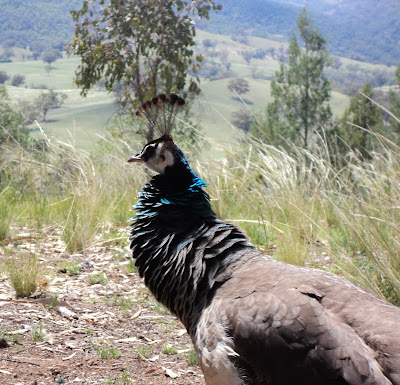 The moral is forgiveness.
As with all the most beloved people in my life, Poppy was pardoned for all the crap she doled out. And, there was a lot of it; same as with humans, both literally and figuratively.
Despite the steady stream of shit continuing, she’s one loved bird.
Posted by Therese Ralston at 17:37