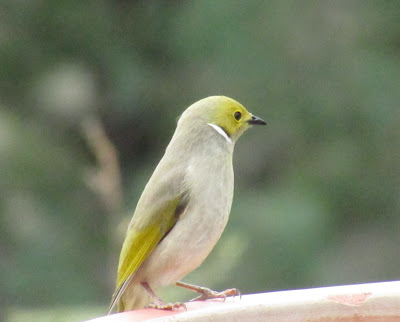 Coming back from a weekend walk, two White-plumed Honeyeaters flew past my ear. Both came close enough for me to hear the wind beneath their wings. In a manic rush to mate and nest, they collide with things like windows and me. 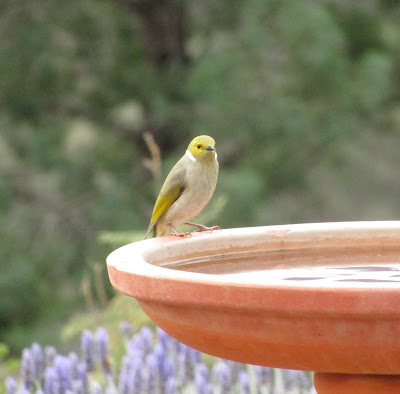 In spring all the birds play chases.

The male follows the female.

As synchronised as a royal ballet, I watch them wheel about and glide, pivot and curve.

In typical spring-fling breeding behaviour, one becomes a mirror image of the other.

Only this isn’t spring, it isn’t summer either, it’s the first day of Autumn.

In the driest continent on earth, some birds mate, nest build and sit on eggs within ten days of good rain, regardless of the season. 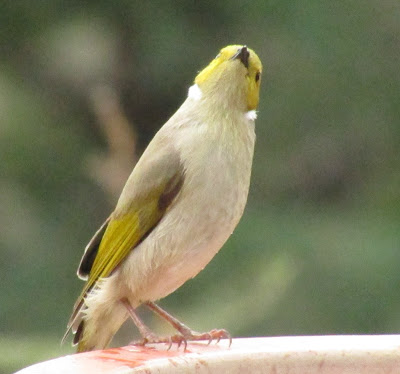 After the worst summer imaginable, the heavens opened.

It sprinkled, it rained, it poured, it stormed-sometimes all in one day.

Such a relief, now there are flowers, mushrooms, butterflies and grass that needs mowing after a three-year break between trims.

The birds repair nests they used last spring or rush to make new ones. Given plentiful food and puddles of water in every dip in the ground, they aren’t wasting time.

They are busting to raise chicks six months after their first brood hatched.
The White-plumed Honeyeaters have been regulars at the house for five years.
It is hard to get a photo of them anywhere else but on the bath. 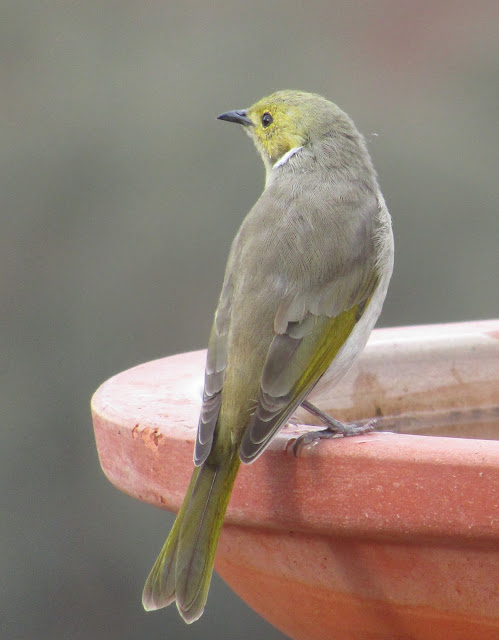 They love the water, but tend to be speed bathers. Flying in and out in two second bursts, the White-plumes will often have six baths in a row.

These Honeyeaters love the Bottle Brush and Grevilleas in my garden. They poke their long tongues out all the time. 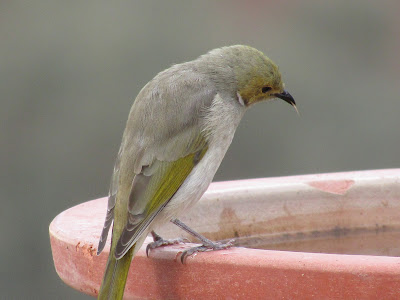 The sticky nectar they eat must make them thirsty because they drink every two hours in daylight regardless of the weather.

They chase eagles away from their nests, as plucky as can be. These sleek grey and yellow honeys are also opportunists. 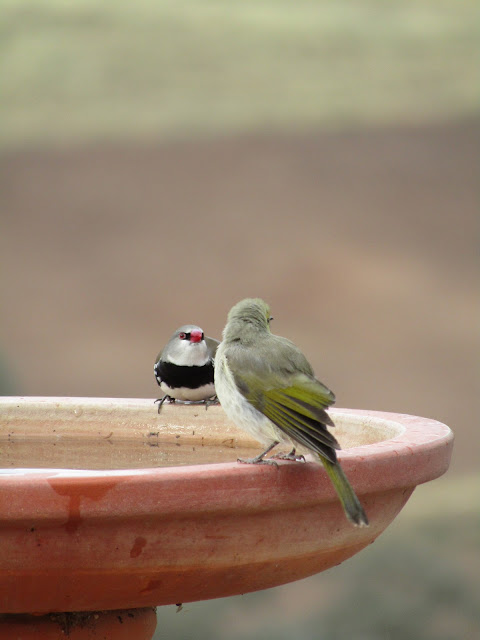 The birds might look like honey wouldn’t melt in their beaks, but they regularly bash up smaller birds. Having seen it so many times, I think these nectar lovers enjoy shooing finches off their bath.


Even so, I can’t wait to see another round of chicks begging food from parents. It’s something I’ll never get tired of.

Posted by Therese Ralston at 17:59