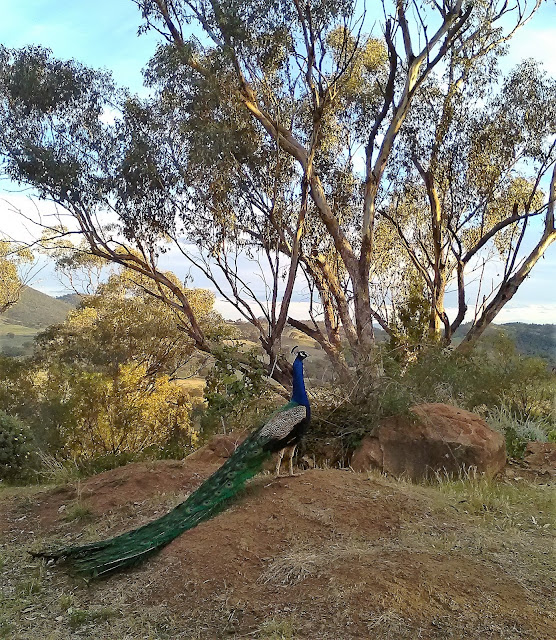 We had a new India Blue Peacock. Mr Popples liked hiding in the back garden; but popped his blue head up every once in a while to surprise me. In the garage he blocked me from driving to work. Demanding food for rite of passage, he became the gatekeeper. The bird was out of favour. Then I saw him preening. 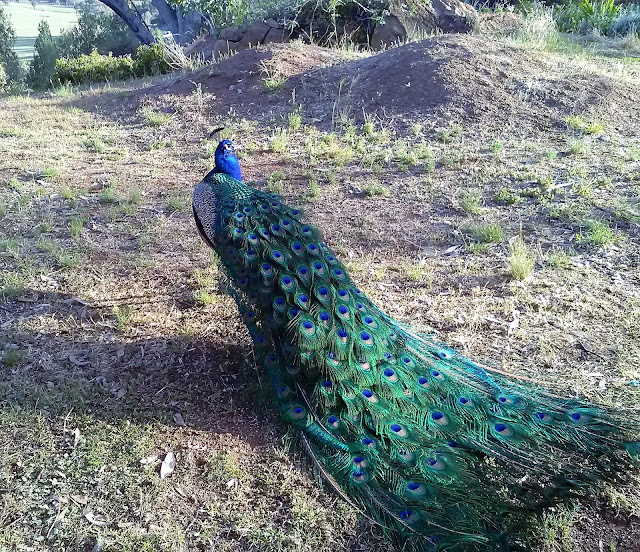 Cleaning each plume with meticulous care. 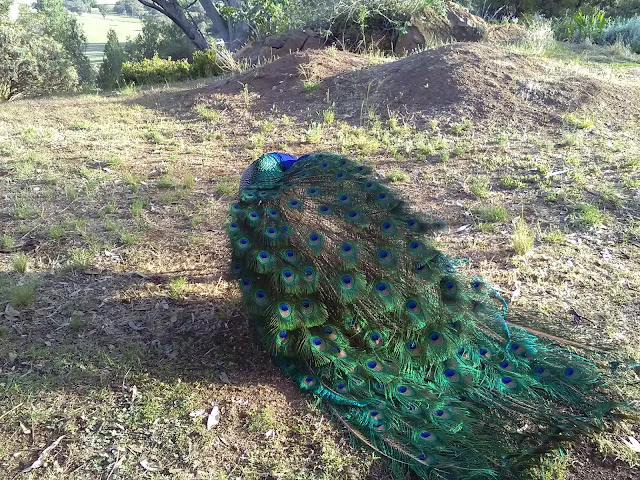 He would inflate, then deflate; puffing up and out like breathing. 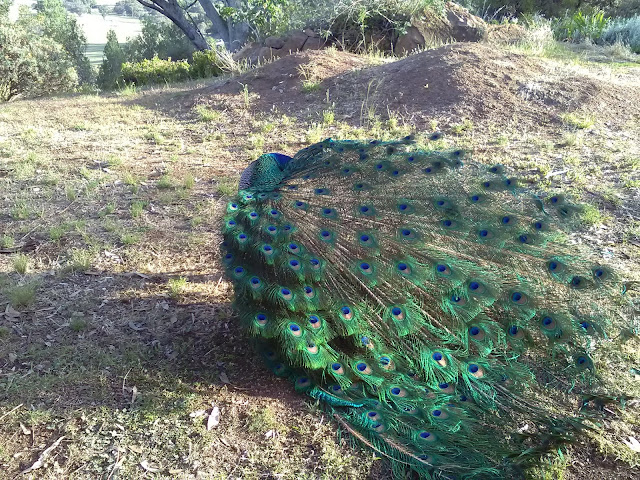 He would bow, twist his long neck, then raise his head again. 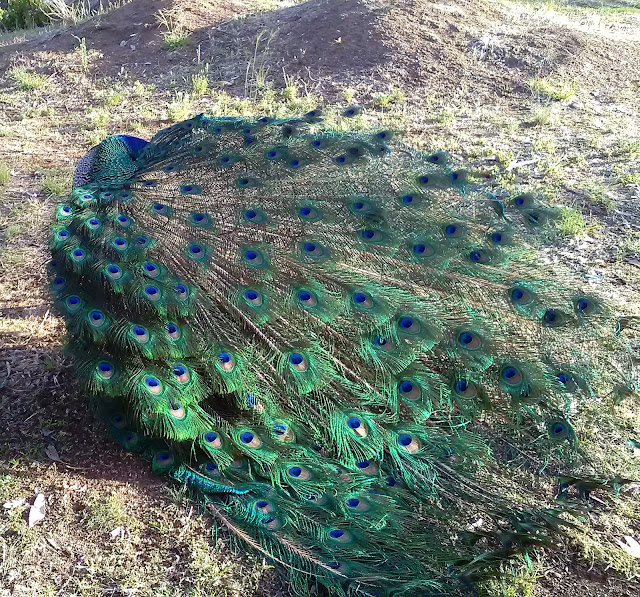 Each tail feather ran through his beak from base to tip. 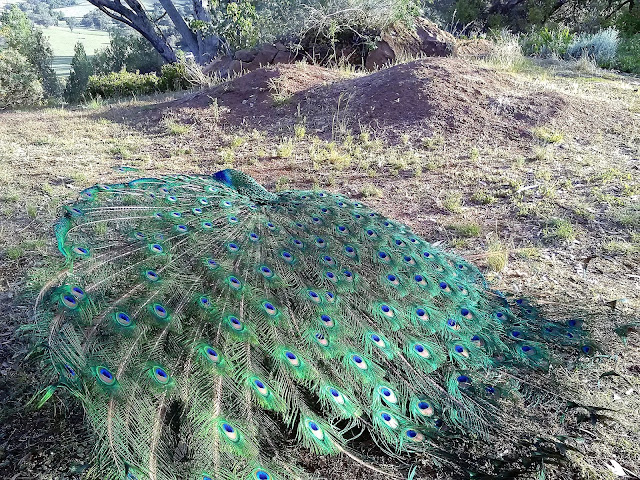 Full of grace and poise, I became a fan of his fan dance. 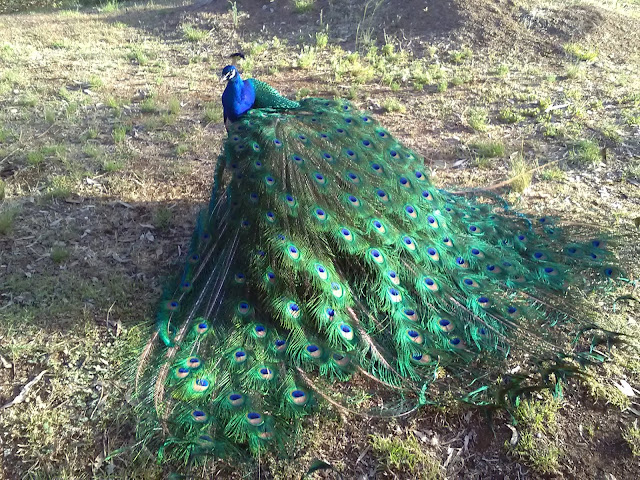 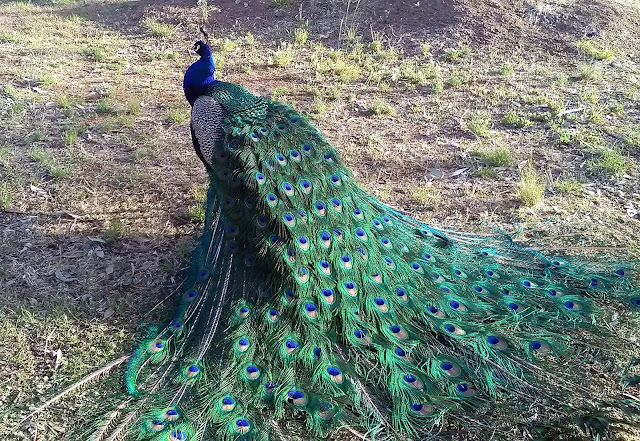 Like a meditation, I became lost in the feathers. 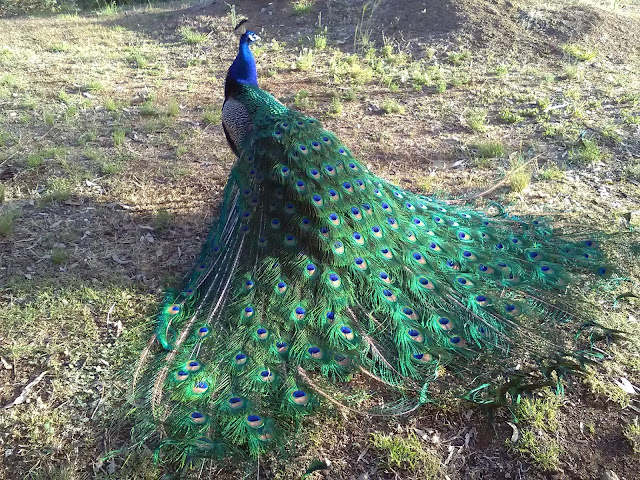 Posted by Therese Ralston at 23:29