I had a new job as a commercial radio announcer in north Queensland. Bernie, my pet Budgerigar, was beside me as I drove to the tropics.

After driving so long, my vision was blurry. Bernie was rocking beside me in her cage on the passenger seat. A blue ball on legs, her head had been under her wing for hours.
To keep awake the last thousand km, I’d overdosed on Tic-tacs and my tongue was on fire. Pulling off the road outside a little town called Guyra, I tipped back the driver’s seat and slept.
I wondered what the white lumps falling on my windscreen were. Even someone who’s never seen snow will recognise it, but I was still too exhausted after 3 hours of rest.
My blue girl had never seen snow either but was happy to see the new morning. We sat watching, side by side as snow virgins. Me, still in a sun-dress in the middle of winter; Bernie, fluffed up like a pom-pom to keep warm.
When I’d left Queensland yesterday it was 34 degrees; a typical sunshiny day.
‘That’s pretty, isn’t it? Snow; it’s really snowing Bernie.’
The bird chirped back as if to agree. I started the car, drove into town and bought a jacket. I’d travelled through at least 2 climatic zones. Still shivering, I got coffee and a caramel tart for instant energy. Bernie nibbled a chunk of the crust and loved it.
Checking myself in the rear vision mirror, my eyes were road-maps. Back in 1990, they still had public payphones. When I realised my old boyfriend was only a short drive away, I rang to see if I could stop by.
‘Come and see me,’ he said.
I did, catching up on sleep and other stuff.
A few weeks later we were married, I was a farmer’s wife. 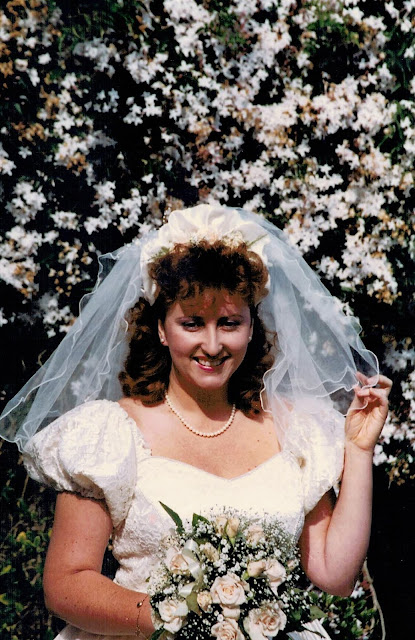 Fast forward through that first honeymoon year and Bernie had a place on the closed-in veranda of our big old homestead. With her cage hanging from the high wooden ceiling, she had a terrific view of the lawn, the dogs, the garden, the orchard and old shearing sheds. Every day she saw a stack of native birds that weren’t nearly as indulged as she was.
My new husband didn’t like her free-roaming, so Bernie stayed in her mansion and became the overseer. I’d had her 4 years, she was still chirpy and bounced about, as happy as I was as a newly-wed.
One Saturday morning in 1991, Bernie bit my hand. She’d plucked out nose hairs to wake me but had never been a biter. Checking her out, the stomach was bulging. My husband said it was a tumour.
In weeks the cancer grew to the size of a golf ball. Bernie became aggressive. In constant pain, she pecked my finger when I put my hand in the cage; drawing blood on the same finger I’d always carried her around on.
The vet said there was nothing they could do. No viable treatment and no cure; he said tumours take out a lot of Budgerigars.
It wasn’t fair that Bernie had a type of cancer that was more invasive each day. When he suggested euthanasia, I agreed as long as my budgie felt no pain.
One warm winter day, I placed her in a brown paper bag and slow-walked to the car. Whispering to her about her old antics, her shrill wake up chirps and the way shed run beneath my hair from one shoulder to the other. She used to get overexcited when  wildlife documentaries featured bird calls on the telly.
Her eyes watched me, blinking enough to show off her fine eyelashes. Maybe she fluttered them, recalling what came before. As I placed the bag over the exhaust pipe, my husband started the engine.

This blog is called birdlifesaving. Bernie died instantly without a sound. A companion bird who packed a huge punch of personality. Maybe I was inspired to save other birds by this little one I could never save. If anything, I saved her from more pain.
While I was crying, my husband took the bag off me, went to the shed and brought back a shovel. We buried my best bird under a blood-red rose in the front garden. 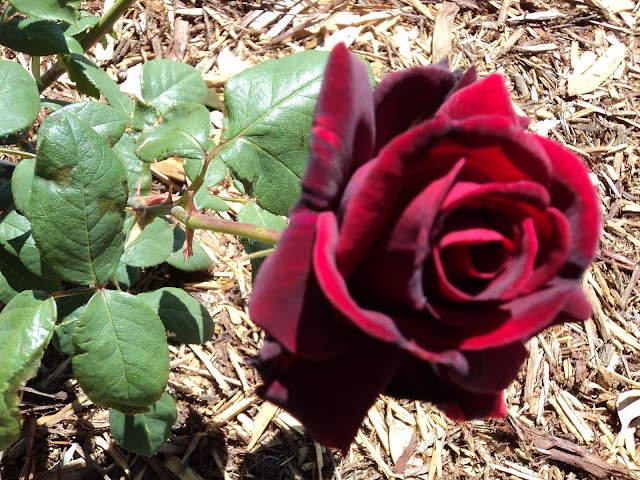 It was a Mr Lincoln, a bush with a great old-fashioned perfume. Every time it bloomed, I thought of her thieving lettuce off my plate; waddling away with it as fast as her legs could go. Bernie used to have heaps of veg hanging in her cage, but stealing it was more fun.
I took it hard, missing my budgie.
A month later I had a pet calf to look after. The mother had died, so I had to feed her made-up milk formula. That was Annabelle, a furry brown bundle of energy. Always hungry, she charged so fast towards the bottle, I thought she would run me down. I was woken at 5 am with continual mooing and had to get up, but I loved her anyway.
Next was a puppy called Sandy. A wonderful, waggly-tailed Kelpie who lived to work, be petted and continually attack water coming out of the hose. 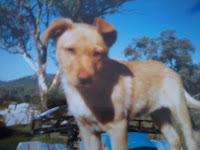 Then I became pregnant with my son. Pretty soon I had the best baby. After 2 more years I had a dear little daughter as well, and that was as good as it gets.
The prequel to this blog about Bernie is number 10. NOSE HAIR PLUCKING.
Posted by Therese Ralston at 16:08

Email ThisBlogThis!Share to TwitterShare to FacebookShare to Pinterest
Labels: Budgerigars