Working in the city all last week, I pass a dam shrouded in mist. 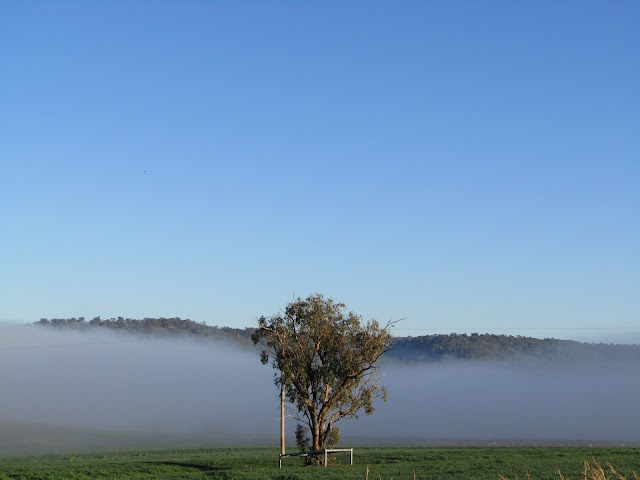 Further along, I see a Sulphur-crested Cockatoo on a dead tree trunk. 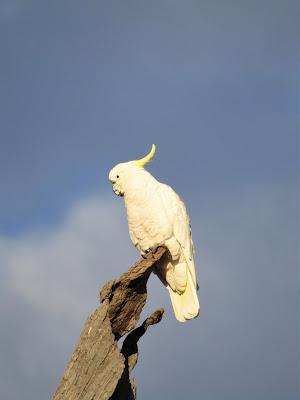 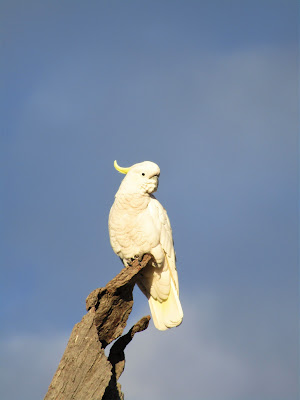 It held the same spot on Tuesday. 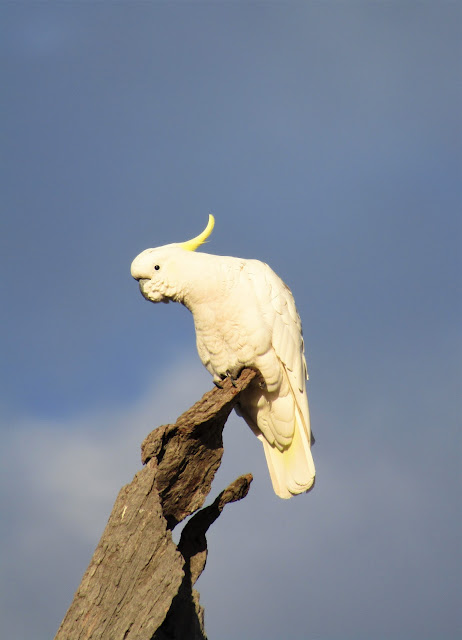 Wednesday, the bird perched right on the tip again.


Thursday, it was up top with the best view of its surroundings.

Friday, I filmed it trying to protect its nest of two white eggs in the tree hole. 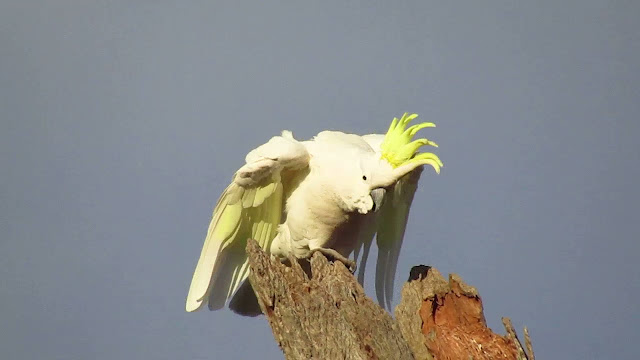 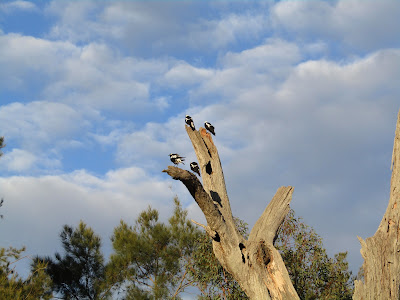 The Magpies had settled in next to the nest. They may have been calling for other family members to come and help. As well as screaming, the Cocky bobbed and flared its wings out. 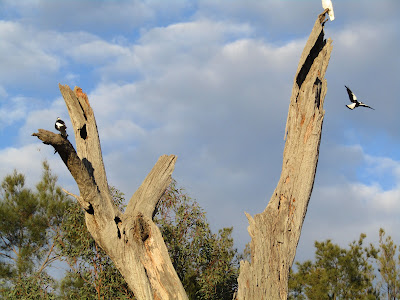 I was parked by the roadside. I quietly got out of the car, peeking over the roof to suss out what was happening. 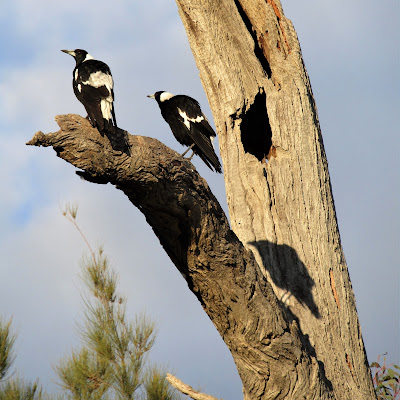 The cockatoo paced along a branch. You could just see a glimpse of white feathers inside, where the nest mate was.


I snapped off some shots and witnessed a stellar performance. 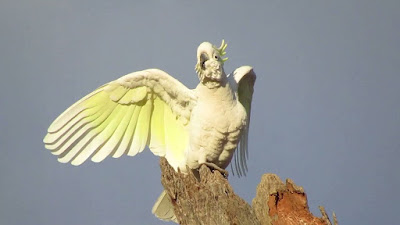 It made no difference that it was four against one. Egg thieves meant war. Flapping, yelling, hissing, wheezing and squawking went on until my ears hurt.

Cockatoos are loud, especially when coming or going from their roosting site, but this was something else.

Magpies circled, gurgled a little song, then had another go at getting to the nest underneath the mate in the tree hollow. I filmed the angry bird’s bobbing ‘I’m not happy’ dance.  The Magpies flew back to the stump again, which is when Cocky started getting really cocky.


Adjusting my camera settings, I missed the Cockatoo attack. It swept down to take on two magpies, trying to intimidate by putting one claw up to their faces and attempting to bite them.
As male and female Sulphur-crested Cockatoos both help incubate the eggs, I have no idea what sex the wild and crazy bird was. It makes no difference if it was a helicopter momma or an aggressive football dad calling out abuse, this big white parrot wasn’t giving up its own chicks without  a fight. 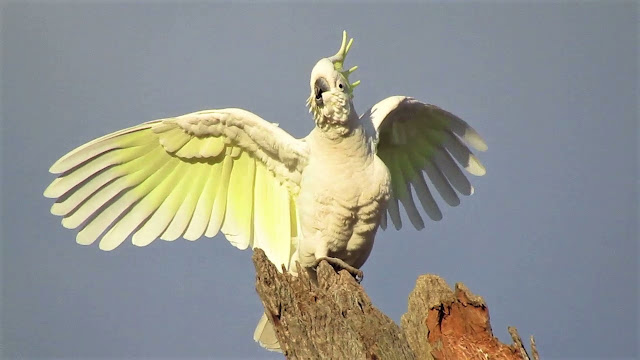 The Magpies flew away, their pretty carolling drowned out by a cacophony of screams. As I drove off to school, Cocky stayed up top of the dead stump, standing ground and standing guard. 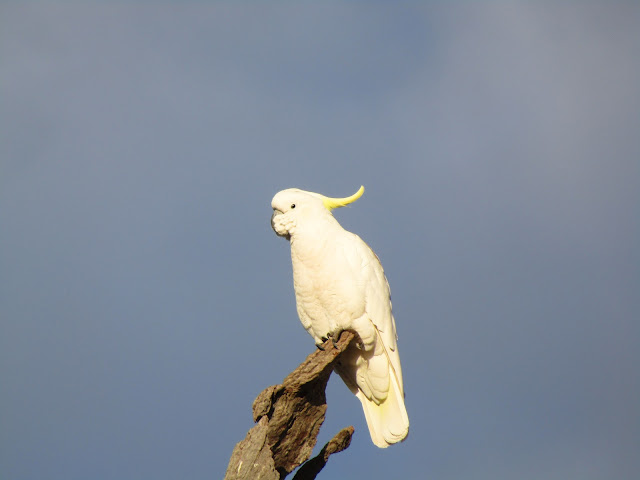 David Attenborough says that after survival any animals primary concern is to carry on their line by breeding successfully. After witnessing the heavy-duty egg protection racket; I can believe it.

Posted by Therese Ralston at 18:47