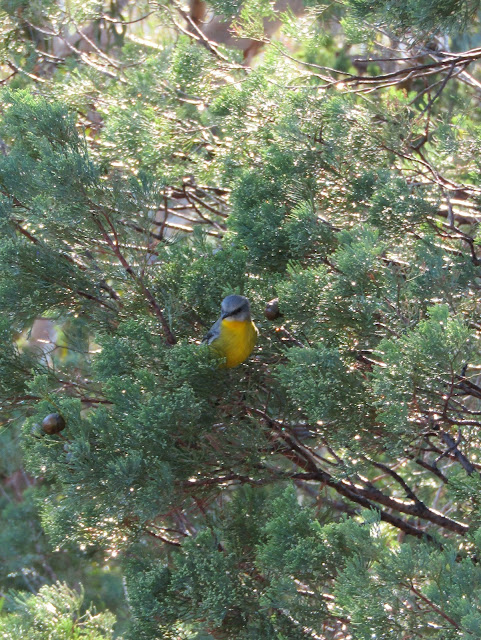 It happened today; not a red, Red Robin a bob-bob-bobbin, but an Eastern Yellow Robin. My bird books say they can be common on the coast, but our farm is 3 hours away from the sea. That means I can classify this little one as being a bit of a rarity, at least around here. 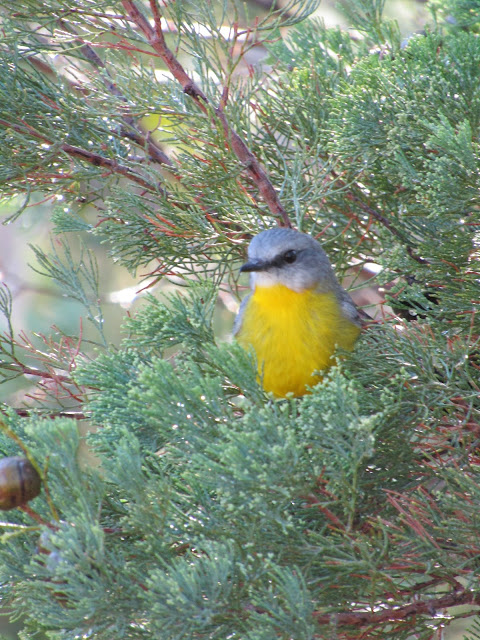 I’ve been turning sprinklers on to water my garden early, around the time commonly known in Australia as ‘Sparrows Fart’. Back out after an hour to turn the hoses off again, I kept hearing a repetitive piping sound. I looked up as the whistling came closer.

A bright yellow-breasted bird popped up in a pine tree above me. I saw its soft grey-blue back. And, it was watching me at the same time, tilting its head both ways like a curious pup. It piped up and gave me a sweet serenade, though it was a bit like a broken record. 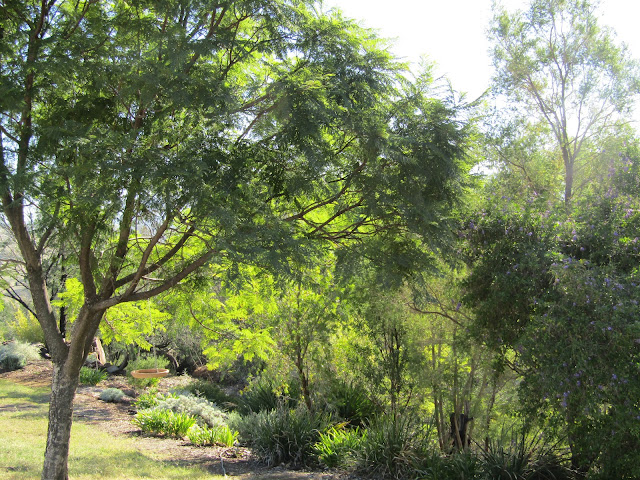 As usual, my camera was inside. I crept away to fetch it and the Robin followed, flitting from each tree towards the house. Cypress Pines were glistening in sunlight and the bird looked as cute as. 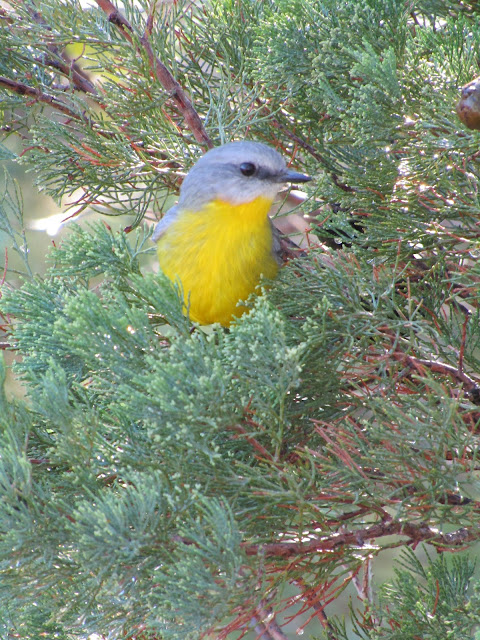 Coming back out, I couldn’t see it for a bit. The cheeky devil flew over my head then. Landing in another pine and an old hop bush metres away. Calling out again, jumping perches to see better.
This Eastern Yellow Robin wasn’t used to seeing any people.

I was as rare to it as the bird was to me.

Robin stayed stalking me for another 6 minutes. If it hadn’t I would have chased it all about the yard stalking it instead. I am always chasing after some small feather baby as it flies from me and my camera; it is my favourite hobby.

A lot of people see birds; there are birdwatchers, birders and bird photographers all over the world. Even if that special yellow-breasted bird hadn’t stayed for a brief photo session I would have been happy. 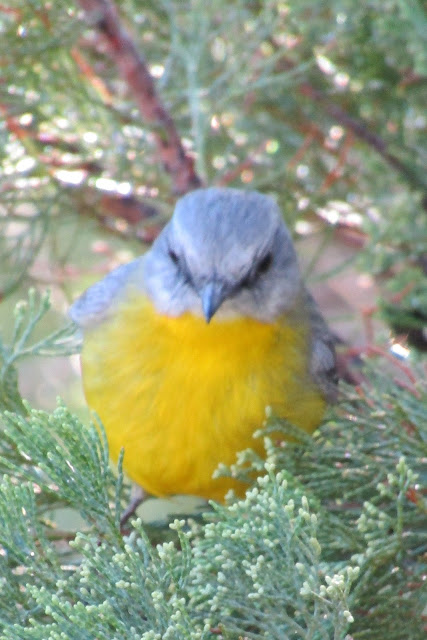 It’s not every morning you get to make a connection like that.
It was gold.
Posted by Therese Ralston at 13:03